Performance Exhaust Systems and "Back Pressure" 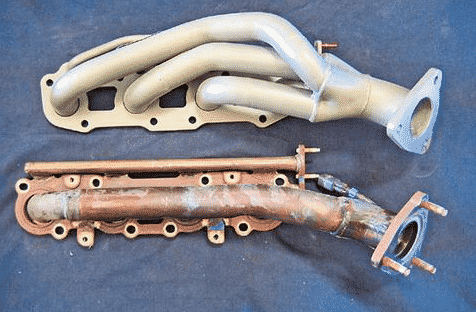 Its a question that comes up regularly whenever the topic of performance exhaust is discussed. Its a question I asked years ago myself and one that seems to have a lot of misunderstood theories and information being shared. When a person chooses to upgrade to a performance exhaust system, add headers, replace a muffler, or even remove a muffler, resonator or catalytic converter, the question that comes up is how much “back pressure” do I need. I have done research on this topic and have experimented with various purchased exhaust systems, as well as fabricated numerous systems of my own which has helped in my journey of understanding exhaust flow, pressure, velocity, and scavenging.

There is a common misconception that engines need back pressure in order to run properly, generate low end torque, etc. That is simply untrue. Back pressure is a bad thing. Always. Take a look at a top fuel dragster…how much back pressure do you think those headers make? Very little, and those engines produce 6500 hp

So, what is back pressure? Any fluid flowing through a pipe experiences drag on the walls of the pipe. This depends on a number of factors, including the diameter of the pipe, the smoothness of the inside of the pipe, the viscosity of the fluid, and the velocity of the fluid. This drag results in a pressure drop through the pipe. In order for the fluid to flow at all, the pressure on one end of the pipe must be higher than at the other. In an exhaust system that pressure drop is what we refer to as back pressure. It’s pretty obvious that the engine has to produce this pressure differential, so the less power it has to spend making pressure to push the exhaust out, the more power it can send to the wheels.

Given that exhaust pipes are pretty smooth, and that we can’t change the viscosity (thickness) of the waste gas being forced through the pipes, we are left with basically 2 parameters we can have any control over: The pipe diameter and the gas velocity.

An exhaust system is different than just about any other plumbing situation. How? Because the flow is pulsed, and this turns out to be a big deal. Every time a pulse of exhaust gas runs through the pipe, a strange thing happens: it as it passes, it has a little area of vacuum behind it. Just like a NASCAR stock car running around the track, the pulse generates a little bit of a vacuum behind it. In NASCAR, a driver can take advantage of another driver’s vacuum by getting right behind him and driving in it. The wind resistance is drastically reduced. This is called drafting.

Well, how big the vacuum behind each pules is depends on the gas velocity. The higher the velocity, the bigger the vacuum the pulse has behind it.

Now, this means that I can “draft” the next pulse, just like in NASCAR. In NASCAR, it’s called drafting, in an exhaust system, it’s called scavenging. You’ve probably seen this term used when talking about headers, but the same concept applies in the pipe.

I get the maximum scavenging effect if the gas velocity is high, so the pipe needs to be small. By maximizing the scavenging effect, I help to pull pulses out of the combustion chamber, which means the engine doesn’t have to work as hard to do that.

This has the most effect when there’s a bunch of time between pulses…in other words, at low rpm. As the revs rise, the pulsed flow becomes more and more like constant flow, and the scavenging effect is diminished.

So, at low rpm I need a small pipe to maximize scavenging, and at high rpm I need a big pipe to minimize pressure drop. My exhaust pipe can only be one size, so it’s a compromise. For a given engine, one pipe diameter will make the most overall power (i.e., have the largest area under the curve on a dyno chart).

So, the loss of torque has nothing to do with back pressure, and everything to do with gas velocity. So you need exhaust components that are not restrictive (manifolds/headers, mufflers) and that are sized correctly for your application. There are numerous exhaust pipe size charts available out there and here is one example that helps to further explain size requirements. The one exception to sizing of exhaust is for turbo cars. Since the turbo is in the exhaust stream, the gas flow spinning the impeller tends to come out of the turbo with the pulses greatly diminished. In this case, you can get away with running a larger pipe than on an equivalent HP N/A engine because you can’t take as much advantage of the scavenging effect.

I hope this has helped shed some light on this misunderstood topic! Contact KRave Automotive if you need help in your pursuit for performance exhaust!